);
The World's No.1 Website for News & Guidance on One Year MBA & Executive MBA Programs
You are at:Home»News»McKinsey Vs BCG Vs Bain: Who Pays MBAs The Highest Salary?
Share

Consulting is a big draw among MBA graduates next only to Finance and with the firms experiencing a 12%-18% increase in revenue in 2015, salaries are on the rise. But which firms pays the highest?

Consulting industry growth has benefited even freshers grossing anywhere from $80,000 to $100,000 a year after earning their bachelor’s degree. Consultants who transition to the corporate world often generate a 10%-20% raise for themselves.

So, which consulting firms would be the best to work for?

The big three are McKinsey, Bain, and the Boston Consulting Group. All three offer intensive training, high profile clients, and benefits. Surprisingly, when it comes to overall pay, they do not rank among the top three. This was the finding of a survey by ‘Management Consulted‘, a website that provides education, interview skills and resume coaching to potential consultants.

Which firms are the best paymasters?

But Deloitte provides up to $10,000 for re-location expenses (though local moves only get $2,500). The firm, In recent years, has embarked on an aggressive strategy to take on the big three.

It managed to rise to fourth in Vault’s 2016 consulting rankings, filling the void left by erstwhile Booz & Company.

Meanwhile, Deloitte gets ranked among the top four consulting firms in 10 categories in the Vault ranking of The Best Consulting Companies To Work For, only matched by McKinsey (with BCG and Bain ranking in the top four in seven and four categories respectively).

But then, Deloitte has perception issues. Based on responses from over 9,000 consulting professionals, it was ranked 24th in benefits and 25th in compensation in the 2016 Vault survey.

It ranked 19th when respondents were asked about the long-term outlook for the firm. Thus, the company seems to be paying a premium to attract top talent.

Accenture, with nearly an identical starting package as A.T. Kearney, is also at the top.

The highest base salaries are at Parthenon EY, which pays $170,000 on an average.

Like Deloitte, Parthenon’s higher pay is likely to be tied to market perception, with the firm not even ranked among the top 25 in terms of benefits and long-term outlook in Vault’s survey.

ALSO READ: Where In The World Do You Get ‘A Value For Money’ MBA?

However, it still ranks well in terms of ability to challenge (7th) and firm culture (12th), indicators that workload, not culture, are behind some of the firm’s low marks.

Although Parthenon EY signing bonuses are tied for being the highest ($35,000), its performance bonuses (up to $9,000) are the lowest on Management Consulted’s list.

However, the data is far from perfect. Management Consulted says that only the top 5%-10% of consultants receive the full performance bonus, with the average bonus falling between $18,000 and $20,000. 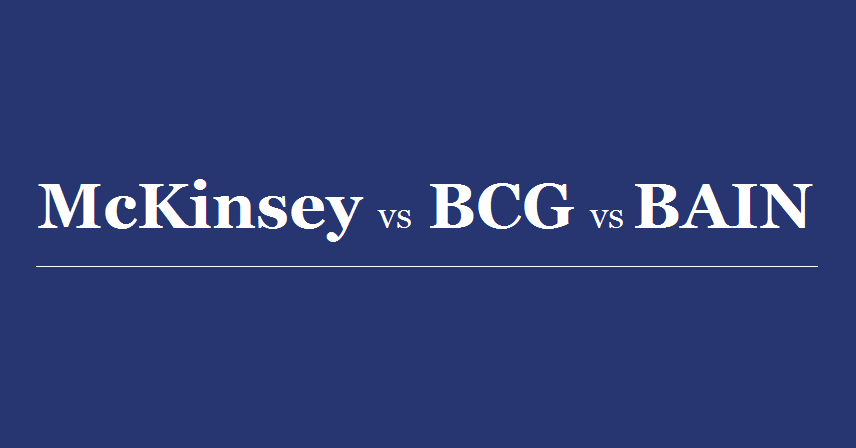 Article Name
McKinsey Vs BCG Vs Bain: Who Pays MBAs The Highest Salary?
Description
Consulting is a big draw among MBA graduates next only to Finance and with the firms experiencing a 12%-18% increase in revenue in 2015, salaries are on the rise.
Author
Shikhar Mohan
Publisher Name
One Year MBA
Publisher Logo